Declining Housing Sales – The Devil in the Data

Declining Housing Sales – The Devil in the Data

From observing residential market trends over the past five years, it clearly emerges that 2013-14 was the last year where things still looked vibrant for the sector. Housing sales began plummeting after that, and there is no clear revival in sight as yet.

A quick trends assessment for the past 5 years reveals that during 2013-2014, an average of 3.3 lakh units was sold annually. Thereafter, with too many project launches facing off with decreasing demand, unsold inventory began piling up across the top 7 cities of India. 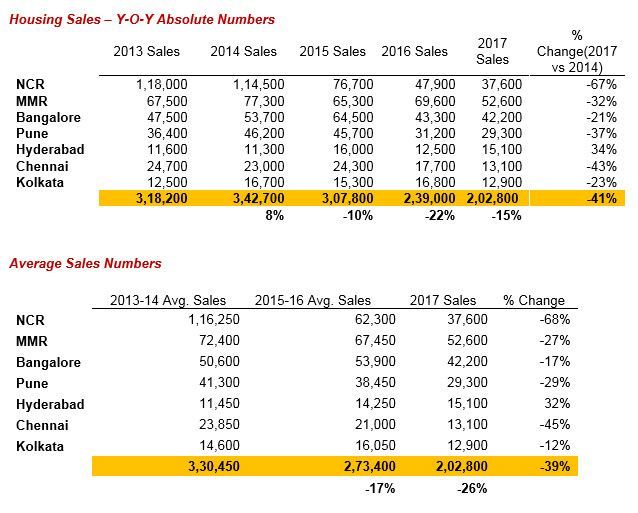 When demonetization hit the nation during the 4th quarter of 2016, the situation turned from grave to savage. Immediately after the demonetization impact, the real estate sector was battered with RERA and GST which severely shook up the sector.

END_OF_DOCUMENT_TOKEN_TO_BE_REPLACED

The post Declining Housing Sales – The Devil in the Data appeared first on Anuj Puri.

We value diversity within ANAROCK Group and are committed to offering equal opportunities in employment. We do not discriminate against any team member or applicant for employment on the basis of nationality, race, colour, religion, caste, gender identity / expression, sexual orientation, disability, social origin and status, indigenous status, political opinion, age, marital status or any other personal characteristics or status. ANAROCK Group values all talent and will do its utmost to hire, nurture and grow them.